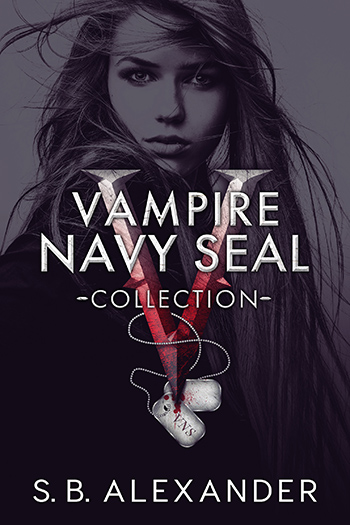 Vampires are born, not made!

Now in one complete box set with over 1400 pages of non-stop action in this paranormal military romance collection.

Join Jo Mason as she navigates the world of vampires alongside the swoony Webb London and the entire team of hot Vampire Navy SEALs. Each story is filled with action, intrigue, suspense,  and a slow-burn romance with a guaranteed happily ever after. This is an upper young adult/new adult vampire romance series.

Books in this series:

Amazon e-book
I am a huge fan of both YA and Supernatural reads, especially ones that are able to set themselves apart from the rest, and this one takes the cake.
Goodreads Reviewer

I wore a hole in the scuffed wooden floor of the cabin. Jo had been out for most of the night. I glanced at her as she slept peacefully on the couch. Bullets with sedatives could knock a vampire out for days, and we didn’t have days. We needed to get the fuck out of here. If our enemy found us, it wouldn’t be long before more came.

The only good things from our attackers were clothes, weapons, and radios. We still hadn’t figured out how they knew where we were. I suspected Crysta. She’d been the only one with a phone, and she’d gone for a run, while we stayed back at the cabin. Or she might have been tracked by the GPS in her phone. Then again, I didn’t think Bruno knew of Crysta or that she’d been in the area. Still, I hadn’t had a chance to ask her. After we’d killed five soldiers, I sent everyone out to scour the area.

I twirled one of the daggers in my hand, wanting nothing more than to drive the blade into Bruno’s and Edmund’s hearts along with anyone else who dared to make an attempt on Jo’s life. My vision had blurred when I saw the bullet heading for her chest. I couldn’t get in between her and that bullet fast enough. Then when I saw the bullet lodged in her, I saw death. Not hers, but the soldier’s. I’d shucked the syringe I’d been holding and tore off his head.

If I had any doubts about going off the radar, I didn’t anymore. Fuck the commander, vampire laws, and military rules.

Characters, plot, creativity and absolute genius are here to be enjoyed.
Goodreads Reviewer 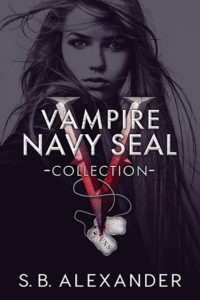 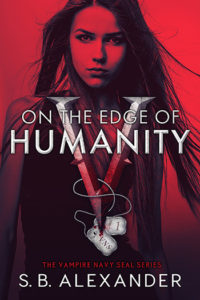 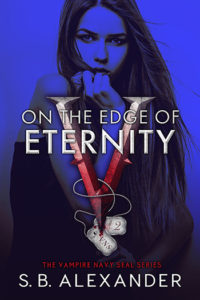 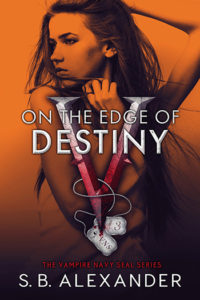 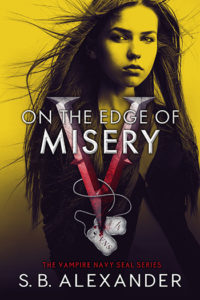 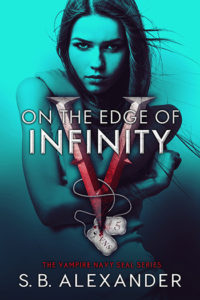 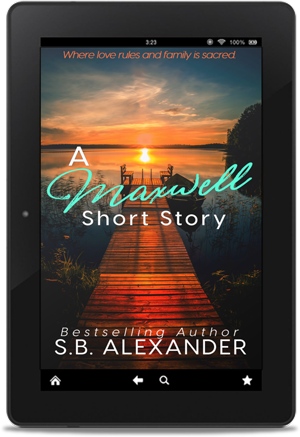